The Coues Deer is probably the least-known whitetail deer subspecies in North America. This tiny deer lives in some of the harshest desert climates a deer can live in, and they don’t grow to a particularly impressive size.

Just for a point of reference, the world record non-typical, as recognized by Pope and Young, only scores 139 2/8 inches.

But the challenge of hunting them is why people seek them out. To get an idea of just how hard it is to hunt these deer, watch Rob, aka: LunkersTV’s epic Mexico hunt for one!

As you can see, these deer live in some ridiculously brutal terrain. Usually when you see an area like this, people are hunting either bighorn sheep or elk. This is part of what makes it so hard to hunt them.

It’s awfully hard to spot such a small deer in such thick cover.

But the good news is, packing out a deer that small has got to be much easier than an elk or other big game animal!

This buck may have seemed small, but it’s actually a pretty decent buck for this subspecies of deer. One thing is for sure, Rob will likely never forget the hunt for this one. Congrats on your harvest Lunkers! 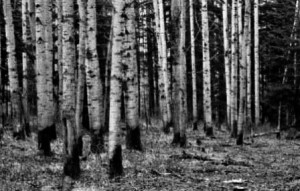 I blog this as a reminder to look, think and analyze every situation before we pull the trigger:

It was a fatal mistake that left a woman walking her dogs dead and a deer hunter facing a prison stretch.

The day before thanksgiving 2017, the hunter mistook the woman for a deer and shot. The hunter heard her screams and ran over to help, but it was too late. Court authorities and investigators said the shot rang out around 5:20 p.m., after legal shooting hours.

The hunter plead guilty last October to criminally negligent homicide and was sentenced to one to three years in state prison, according to Erie News Now.

The victim’s husband said he hopes the tragedy resonates with all hunters:

“From the beginning, I wanted the defendant to take responsibility and be held accountable,” he said. “I want the next hunter who thinks about shooting after hours to think, ‘There was this guy that went to prison. I should just go home.’”

Look, think, and know your target as a deer.

Every afternoon that you hunt, check and confirm the end of legal shooting hours. If it is 30 minutes after sunset in your state, check the official sundown time on your phone. 29 minutes later, unload that rifle and go home.

On this episode of the Nine Finger Chronicles hunting podcast, Dan chats with Nathan Grabe of about his return to hunting after a long hiatus following other passions.

The two talk about how Nathan stepped away from hunting when he was younger to try out racing. he was then pulled back in to hunting when he wanted to spend more time with his grandfather. From there, his other passions took a back seat and now bowhunting is all he thinks about.

Since his return to hunting he has found great success harvesting great deer multiple years in a row in the high pressure state of Michigan.

Part 2 of our Big Buck Roundup is now live! Here’s a look at some of the great bucks that were taken in the second half of the 2018/2019 deer season…. Read more…

The post Big Buck Round Up – Part 2 appeared first on Bowhunting.com. 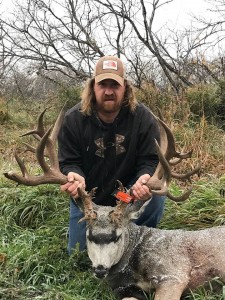 On October 1, 2018, Saskatchewan Wildlife Federation member Dennis Bennett arrowed the deer of a lifetime in the Arm River area of Saskatchewan.

This non-typical mule deer was panel measured by official Henry Kelsey measurers and scored 293 6/8.  It has been declared a Henry Kelsey provincial record, meeting the minimum score of 200, surpassing the previous provincial HK record of 290 taken back in the 1920s. .

Henry Kelsey and Pope & Young both use the Boone & Crockett scoring technique, with the difference being that Henry Kelsey uses the green score, whereas P&Y and B&C require a 60-day drying period.

Pope & Young, which records animals taken by archery only, has declared Bennett’s deer a P&Y world record with a final score of 291 1/8.

Part 2 of our Big Buck Roundup is now live! Here’s a look at some of the great bucks that were taken in the second half of the 2018/2019 deer season…. Read more…

The post Big Buck Round Up – Part 2 appeared first on Bowhunting.com.