Partnership plans to host competency training for mental health providers to understand the firearms culture and remove stigmatization. (May, 2019) – Walk The Talk America (WTTA), a non-profit organization working to foster relationships between firearms companies and firearms owners with the mental health community, has partnered with a Reno, Nevada-based counseling agency, Zephyr Wellness. Founder of WTTA, Mike […]

MyOutdoorTV is offering a promotional price for an annual subscription for a limited time only. The streaming service is offering $20 off the regular price of $99.99 using promo code SUMMER19 at www.myoutdoortv.com. With the discount, subscribers will only pay $79.99 for 12 months of service. 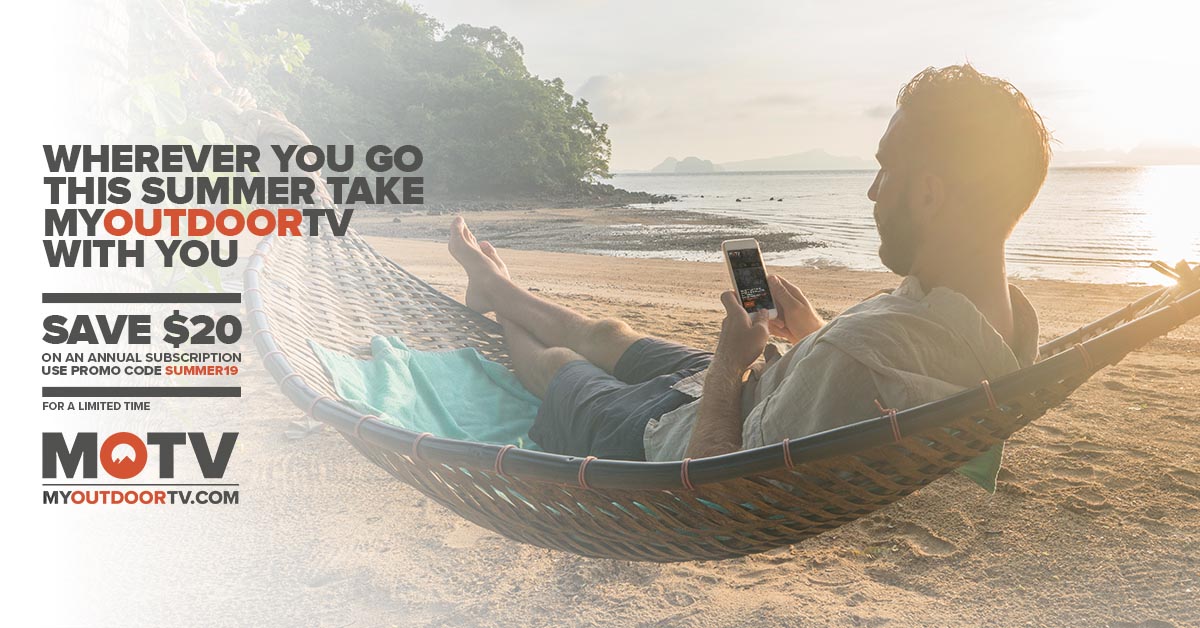 Well, you can’t get any closer than this!

It’s pretty incredible when you call to a turkey and it actually responds. It’s hard to put a wildlife encounter so intimate into words.

However, what typically starts as non-verbal conversation often ends with a gunshot. It occasionally ends with a sudden halt in back-and-forth sounds, and a mutual decision to part ways.

The following clip shows something much different. Here we have a guy who decides to push a gobbler as far as he possibly can, letting it attack the decoy in his hands!

Man fights turkey! Kyle Blackledge literally got in a fight with this gobbler, thats as close as you can get!!! Southwest Iowa Outfitters

It’s hard to believe this guy wasn’t discovered. What’s even more impressive is that he didn’t hesitate even for a second when this bird was aggressively attacking a decoy he was holding with his bare hands.

Truth be told, I think I’d probably get a little freaked out if an irritated gobbler was relentlessly attacking me, but this guy had ice in his veins!

Watching this makes you wonder how well this would work in the field, as it would probably open the door for stunning short-range shots if you had the guts to stay strong. The key is just making sure the bird can’t actually see you.

This guy also had some pretty impressive calling skills, which likely made a pretty significant difference in how this bird responded.

The stalking-behind-a-fan approach has gained a tremendous amount of popularity in recent seasons, as hunters have realized they can go to the birds instead of hoping the birds come to them.

By the looks of it, hunters could start taking that approach to a whole new level.

NEXT: A HUNTER’S OPEN LETTER TO ANTI-HUNTING ACTIVISTS

The post This Guy Literally Picks a Fight With a Turkey appeared first on Wide Open Spaces.

Why would someone brand a shark?

Two sharks with a strange logo branded on them have left wildlife officials scratching their heads. The photos were originally posted to the Boat Life of Charleston Facebook page last week, but have since been taken down.

The very distinct branding looks like either an F or a J that simultaneously resembles a fishing hook. From the looks of the marking, it seems someone either used a standard propane torch or dry ice.

The South Carolina Department of Natural Resources is now investigating the photos, as it’s illegal to brand a wild animal, regardless of the method.

“It’s a violation of at least one state law and potentially fenderal regulations,” DNR Fisheries Management Director Mel Bell told The Post and Courier. “I’ve never seen anything like that in my life.”

Why would anyone brand a shark? pic.twitter.com/pLCbyPQVz7

Sharks are often tagged for tracking purposes by wildlife conservation agencies, but in the most humane way possible. Branding, however, can cause serious damage to a fish.

“(It) can definitely be harmful to the animal,” SCDNR marine biologist Bryan Frazier told Live5 News. “In addition to causing pain to the animal, it damages the skin and secondary infection could weaken or cause the death of the animal.”

Many anglers enjoy shark fishing because of sharks’ reputation as apex predators, so there’s speculation that perhaps an angler was trying to mark his or her territory in a way.

Cattle have been marked in this fashion for centuries to determine ownership, but what would motivate someone to brand a wild fish?

If you have any information or happen to come across another shark with a branding mark, be sure to contact your state wildlife agency.

We’ll keep you updated here at Wide Open Spaces as this story continues to develop.

The post Someone is Allegedly Branding Sharks in South Carolina appeared first on Wide Open Spaces.

Filters, mugs, grinders, and instant options to help you get your caffeine buzz in the woods or on the water

Whether you’re a hardline coffee snob who demands fresh-ground beans, or you prefer to travel ultralight and drink instant go-juice, there are some great options out… 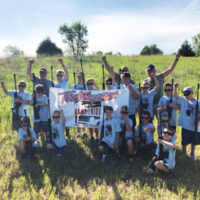 Hunting dogs will consume just about anything. Just make sure it isn’t anything on this list

Bird Dogs can be a handful, and if left alone, there’s no telling what these high-energy dogs might eat. We asked Dr. Jill Cline from the Royal Canin and Eukanuba Pet…

The post How to Get a Job in the Hunting Industry appeared first on Bowhunting.com.

These guys didn’t let extreme temperatures or lots of snow prevent them from going elk hunting with a .338 Lapua Magnum in Utah.

It takes serious dedication to hunt in below zero temperatures, particularly when that involves lugging a really heavy .338 Lapua rifle up the side of a mountain through deep snow. These guys were committed to getting it done on their late season cow elk hunt though.

Fortunately, really cold weather like that can help by pushing elk herds down to lower elevations where they aren’t quite so difficult to find. As it turns out, that’s what happened with these guys. That doesn’t mean it was an easy hunt.

On the contrary, that actually looked like an especially brutal day on the mountain.

Hunting in those conditions is really physically and mentally demanding no matter how you slice it, but carrying a rifle weighing over 20 pounds just makes it that much more difficult. However, as painful as the climb must have been, I’m sure he really appreciated having such a stable shooting platform chambered in a powerful cartridge with lots of reach when it came to taking the shot.

Watch the video to see what I mean.

The heavy recoil of .338 Lapua typically necessitates a heavier rifle, which is the major downside of hunting with that cartridge.

But if you’re willing to deal with that extra weight while you’re afield, the cartridge is great for longer range shooting and those big 300-grain bullets have more than enough power to take down an elk at extended range.

I personally lean towards using a much lighter rifle myself, but if you’re like this guy and don’t mind toting such a big rifle on your back, then more power to you! It clearly got the job done for him and he not only filled his freezer, but he made some great memories at the same time.

The post Elk Hunting With a .338 Lapua? Sure, Why Not appeared first on Wide Open Spaces.