41,000 Jobs Supported, New Report Finds WASHINGTON – U.S. Secretary of the Interior David Bernhardt announced today that 53.6 million people visited national wildlife refuges in 2017, which had an economic impact of $3.2 billion on local communities and supported more than 41,000 jobs. The figures come from a new economic report by the U.S. Fish […] 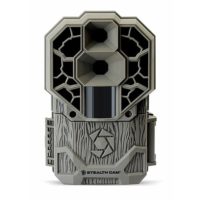 Adventurer hits the ground in Australia in pursuit of Asiatic Water Buffalo (Accokeek, MD) June 27, 2019 – The Sako Great Hunt Series with Remi Warren kicks off this week in the Australian outback. Hunting and adventure enthusiasts are invited to travel along with solo adventurer Remi Warren through the unforgiving terrain of the outback in pursuit […]

The post The Sako Great Hunt Series with Remi Warren Kicks Off with Film Premiere appeared first on HuntingInsider.

If you’ve been fishing long enough to have some of these experiences, then consider yourself a veteran fisherman.

Old fishermen are like the sea: they come and go in waves.

A veteran fisherman that has been casting lines in the hallowed waters in and around the United States most of their lives will see a bit of their illustrious fishing careers gathered herein, and hopefully reminisce about it.

For the younger anglers, whose main concern is the newest fishing gear out of the package, give credit to the man that taught you. He’s seen it all.

The seasoned veteran fisherman in your life has some great stories to tell, not because he made them all up, but because he’s lived it, and there’s nothing better than a good fishing story. Maybe the best part of it all is the old adage: “You can’t make this stuff up.”

From California to Massachusetts and from a deep sea fishing vessel to “The Old Man and the Sea,” nothing happens to those that sit at home and watch. Here are the things that come from a lifetime of experience out on the water and in a fishing boat.

Leave it to PopPop to hook a seagull

I’ve been a part of this on multiple occasions, I’ve seen it happen to both my father and grandfather, and one time on Honeoye Lake in New York’s Finger Lakes system, a friend of mine had an osprey nail his spinnerbait right out of the water.

2. Getting an Anchor in Your Boat

Be careful when dropping anchorAlways check if area is clear

While the included video is a crazy way of showing it, let me explain. On one occasion while fishing with my father back in early part of the 1980s near the St. Lawrence River, we were just destroying the smallmouths on some live crawfish.

When the nearby boats saw the commotion, they just couldn’t stay away, and soon we had people all over us, including one fellow who had little control over his boat. He got so close that I had to reach out to stop him from hitting us, and at that exact moment he panicked and tried to drop his anchor. Not the move of a veteran fisherman.

The only problem was that he dropped it right inside of our boat. True story.

3. Fly casting Into the Wind

A great shot of our fly rod casting into some serious Argentina wind!

There’s an old saying when it comes to this most difficult prospect while fly fishing: “Back with authority, forward with grace.” I learned a great lesson from my good friend Håkan, at the time a Swedish exchange student, now proud owner of his own marina near Stockholm.

We were fly fishing the revered Spring Brook in Caledonia, New York against a stiff west wind when he suddenly turned and started casting his fly with the wind, and over the land. He then backcasted and laid it down perfect.

You don’t figure something like that out your first time fishing.

The Secret Fishing Society getting spooled on some good fish up Balina way! well done boys, giving the 2 in 1 a good run!

This can happen to anyone, but it’s one of the things that makes us a veteran fisherman in the first place. The first time that it ever happened to me was on the old Erie Canal in upstate New York, when what was possibly a big turtle grabbed my bait, subsequently went slowly east towards Albany, and took all of the line on my reel.

Hey, I was a rookie.

No fish has broken more lines or more dreams than a member of the Esox family. I’ve had them bend the hooks on my lure right over, eat a perch right at the boat, and watched as they destroyed the bobber that I was using!

Everyone has a good pike attack story.

Even folks in the Navy don’t see all of the things that fishermen see. There are also some great stories about what gets dredged up in trawlers with a fishing net, but then that’s not really fishing the way that we know it.

Learning from our mistakes is the best way to learn, because we all know that experience makes the best teacher. It’s just that God knows when a good fish gets away, the idea of what could have been stays with us.

NEXT: 5 WAYS TO USE YOUR TREE CLIMBING STAND IN THE OFFSEASON

The post 5 Things Only a Veteran Fisherman Will Understand appeared first on Wide Open Spaces.

Chatfield, MN – The Pope and Young Club is proud to announce the continued support of Lumenok through the Club’s Corporate Partner Program. Through this partnership, Lumenok continues to show their strong commitment to wildlife conservation, the protection, and defense of our bowhunting heritage and fair-chase ethics. The Pope and Young Club’s Corporate Partner Program […]

The post Lumenok Continues Support For the Pope and Young Club appeared first on HuntingInsider.

If you think shark fishing on a crowded, popular beach is a good idea, you’re gonna struggle with FWC’s new shark fishing test. I’ll confess – I scored a 90% on my first examination. You need a 100% score to receive your free certificate and permit. Accomplished that on the second try. For a small fee, I’ll be happy to tutor. For a bit more, I’ll get you that permit the same way Aunt Becky enrolled her kids into USC.… Read More »

ATHENS, GA (June 26, 2019) – The Professional Outdoor Media Association (POMA) named Lindsay Thomas Jr., Director of Communications for QDMA, the winner of the 2019 Pinnacle Award in the Magazine category for an article published in Quality Whitetailsmagazine in 2018. The award was announced at POMA’s 14th Annual Business Conference on June 19. POMA’s annual Pinnacle […]