Not the kind of critter you expect to see on your patio. (Kamalnv via Wikipedia/)

You’re a 73-year-old grandmother and school bus driver in Falls, Pa., relaxing in your apartment when you hear blue jays squawking outside. You look outside and notice a snake—a big one, 4 or 5 feet long—lying on the patio.

Kathy Kehoe took a couple of pictures, maybe to show the grandkids. Then she did the sensible thing, which is to get a shovel and go give the thing a nudge. The snake rears up and reveals the telltale black spot on the back of its neck peculiar to cobras. Also, it spreads its hood.

“I didn’t want to kill it, but I had no way to contain it,” Kehoe later said. She was also worried about the danger to children in her apartment complex. The ante had just risen substantially, but Kehoe did what you’d do with any dangerous snake under the circumstances. She killed it with the shovel.

“I knew what I was doing was dangerous. I’m not a fool,” she told the Philadelphia Inquirer on Tuesday. “I just acted. I thought of the kids and other people in this community and I said ‘I can’t let this thing get away.'”

Maybe we should be sending shovels to Kathy Kehoe to pass out to be people she deems competent to handle them.

Faster Output to Simulate and Stimulate Higher Deer Traffic… May, 2019… Scrape hunting is probably the overall most effective way to harvest quality Whitetail bucks.  Due to the extreme interest in mock scrape hunting and the high consumer demand for the Magnum Scrape-Dripper®, Wildlife Research Center® has introduced the Super Charged® Scrape-Dripper Combo with Golden Scrape®. This […] 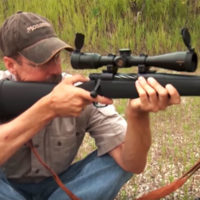 Sturdy rests can make or break long-range shots, so here’s a quick tip for stabilizing your rifle in blinds and treestands.

MAN LIVES FOR A MONTH!

Russian Dude Gets Held Captive By A Bear After Fight To Be Eaten Later; Survives

The post MAN LIVES FOR A MONTH! appeared first on Morning Moss. 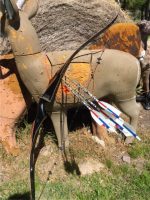 Bowhunting, anyway you cut it, especially in this day and age, is a radical tradition.

The post Bowhunting: The Original Radical Tradition appeared first on .

Have you ever been harassed while fishing?

There are opinions, and there are laws. Knowing the difference can make or break a great angling experience, and it’s up to the fisherman to know where he stands.

The worse thing that an angler or even a hunter can do is to come across as angry or defiant when confronted, but it still happens sometimes. The best option that we have is to know the facts, and even the fisherman gets them wrong sometimes!

When it comes to the law, it is pretty much black and white for all to see. Angler Travis Manson has seen this situation a few times in his career–as have many of us–and he has a few good things to share about his experience.

Take a quick look at his video and we’ll discuss:

One of the best things that he said was the fact that not all states share the same rules when it comes to what kind of areas are considered fishable, and whether or not they are considered private property.

He kept his cool, as did the man that “harassed” him, it’s just that the other guy didn’t really have a lot to say, nor did he do it in a combative way. And that’s the biggest key for both sides: remain calm.

Just to be sure about things. I have had this issue in the past and I’ve said basically the same thing to someone trying to boot me out of a perfectly legal fishing area: call the police, and we’ll both talk to them together.

You would be surprised at how that deflates the situation as the harasser’s usually don’t want to be told by an ECO that they are wrong.

Bottom line: know the law before you wet the line!

NEXT: FOX TRIES ITS BEST TO TAKE DOWN A BACKYARD FAWN

Times have changed for hunters and technology has made us incredibly dependent on devices. Here’s a look at 7 skills modern hunters are lacking…. Read more…

In this podcast Garrett talks about his recent honeymoon trip with his now wife, Samantha. This trip was to the Kenai peninsula of Alaska. The trip was certainly fishing focused with some free days for hiking and other activities. The three main species of fish pursued were Sockeye salmon (reds), Chinook Salmon (kings) and Halibut.

Garrett explains the differences in the three types of trips and which are most feasible from a DIY perspective. In addition, Bobby and Garrett discuss the main differences between what you could expect from hiring a guide for any of those species of fish versus what you could expect on a DIY trip. Bringing home fresh fish is a huge component of this type of trip, so Garrett also discussed the procedure for getting fish from the river back home in a reliable and inexpensive manner.

Grants from the Richard King Mellon Foundation and Waterfowl Research Foundation support a new position BISMARCK, NORTH DAKOTA — The number of waterfowl hunters in North America has declined dramatically since peaking at 2.5 million in the early 1970s. Currently, there are about 1.2 million waterfowl hunters in the United States and Canada, and many […]