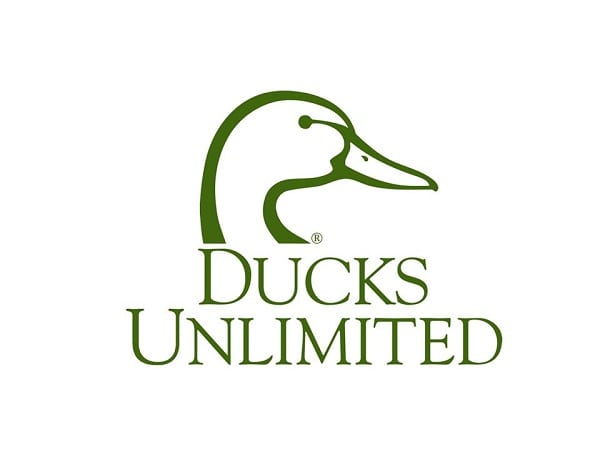 In 2021, Ducks Unlimited will award 61 scholarships to graduating high school seniors who are DU members. The scholarship program is open to all senior student members but is targeted to volunteers who have shown exceptional commitment to wetlands conservation through participation in their DU Varsity (high school) club/chapter and/or local DU community chapter. In addition, students must maintain a 2.8 or higher cumulative high school GPA to apply.

Each year, DU awards 61 one-time scholarships to eligible applicants at the following levels:

“Outside of an aggressive effort to protect and enhance our wetlands landscape, there really is no better way to show Ducks Unlimited’s commitment to wetland conservation than investing in the next generation of conservation leaders,” said Harold Cannon, DU senior vice president and National Youth and Education Committee chair. “This scholarship program does just that. These students are the ones who will continue to keep our conservation message and actions moving forward for years to come.”

Applicants must provide their high school transcript, DU member/volunteer history, a list of any service or academic awards received and up to three letters of recommendation highlighting their DU involvement and commitment to conservation.

Each applicant must write an essay of up to 500 words describing how their outdoor experiences have contributed to understanding the importance of wetlands and wetlands conservation, and the ways in which he or she has acted and/or intends to act on this knowledge.

The list of scholarship recipients will be sent to all applicants in the spring, with awarded checks released to the student’s two-year accredited school/community college, four-year college/university or trade/technical school.

Recipients will be recognized in Ducks Unlimited magazine, and, prior to the fall semester, the national scholarship winner will be announced during the 2021 DU National Convention in New Orleans.

Ducks Unlimited Inc. is the world’s largest nonprofit organization dedicated to conserving North America’s continually disappearing waterfowl habitats. Established in 1937, Ducks Unlimited has conserved more almost 15 million acres thanks to contributions from more than a million supporters across the continent. Guided by science and dedicated to program efficiency, DU works toward the vision of wetlands sufficient to fill the skies with waterfowl today, tomorrow and forever. For more information on our work, visit www.ducks.org. 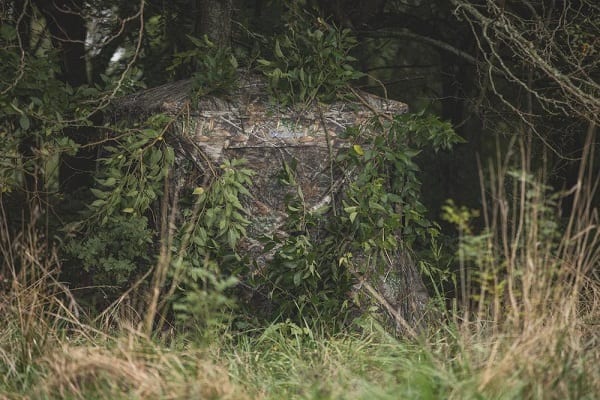 Grand Prairie, TX (October 22, 2020) Ameristep blinds are patterned to blend naturally, but taking a few extra steps will create better concealment. Whitetail deer are especially prone to noticing a new blind set that isn’t properly concealed into the environment. Many of these deer navigate a small area, and they know when something is out of place. Hide your blind and increase shot opportunities on every hunt.

The first step in blind concealment is the location choice. Placing a blind in an empty field will leave it completely exposed. This can work if the blind is placed a month in advance, leaving ample time for the wildlife to accept it as part of the landscape. Ideally, the location will have natural features like trees and rocks to help with concealment. Spend some time in the area and take note of wind patterns and shooting lanes before selecting a strategic location.

After setting the blind, take advantage of natural materials to brush in the blind. Use sticks, grasses and brush to increase concealment. Set these materials in a manner that looks like they fell naturally and settled around the blind location. Some hunters will even thatch the materials against the blind fabric.

Window openings are another weak point in every blind. The windows create a visible black spot that reveals the blind as a strange object. Only open the windows where shooting lanes are visible and drape shoot through the camouflaged cloth over the windows. You can shoot a rifle or bow right through the fabric without consequence. This step is often the difference-maker between detection and concealment.

Set the blind as far in advance as possible. Ameristep hub blinds are ultra-portable, and carrying a blind into difficult areas is possible. If the hunting area allows for blinds to be left and the area is safe and isolated, go ahead and set up a week or two in advance of the season and avoid visiting the blind during this period. The wildlife will eventually accept the blind and return to normal behavior. Walk into the location as quietly as possible and sit tight until that big buck strolls past the location.

Hunting success begins with the element of surprise. Ameristep® delivers this with ground blinds and accessories that cleverly conceal positions from up above, down below and every angle in between. Hidden among nature, hunters get closer to the action and enjoy more thrilling experiences. Ameristep is proud to be the industry innovator that offers versatility and mobility in all its designs – because successful hunters need the flexibility to choose the location that’s right, not the location that’s convenient. Once you’re there, Ameristep’s simplified assembly allows hunters to set up quickly and capitalize on the moment.  With dozens of patented features and exclusive relationships with leading industry supply partners, Ameristep extends confidence and helps make great hunts happen. Learn more at Ameristep.com. 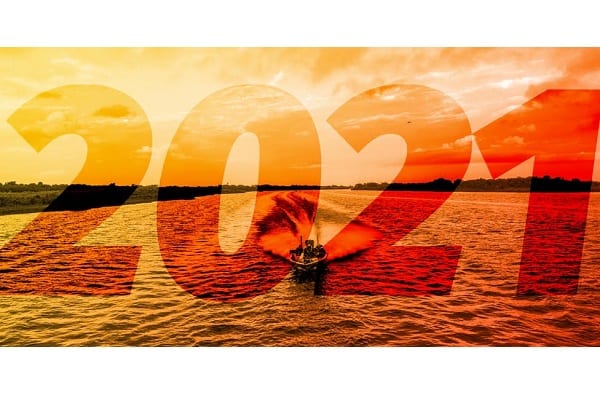 TULSA, Okla. (Oct. 22, 2020) – Major League Fishing (MLF) announced today the 2021 MLF Bass Pro Tour schedule, which will showcase the best bass anglers in the world competing on many of the top fisheries in the United States. The 2021 Bass Pro Tour season will run from March to September and feature seven regular-season tournaments. MLF will also host  four MLF Cups, REDCREST and the MLF General Tire Heavy Hitters – an all-star event that highlights the 40 anglers from the Bass Pro Tour with the highest cumulative weight from their single largest bass in each of the five regular-season events held in 2020.

“We are hitting these lakes and rivers at the right time for incredible competition. I’m expecting the Bass Pro Tour anglers to keep SCORETRACKER busy all year long,” said Michael Mulone, Senior Director of Events & Partnerships for MLF. “Our host cities understand the power of our brand and are primed and ready to welcome our anglers, staff, sponsors and fans. We are so grateful for their continued partnerships and are looking forward to bringing fast-paced, fan-friendly competition to their communities and to our fans worldwide.”

Each stage of the Bass Pro Tour includes six days of competition using the catch, weigh, immediate-release format, broadcast live on the Major League Fishing app, MyOutdoorTV (MOTV), and MajorLeagueFishing.com, totaling more than 450 hours of original programming. Fans can also follow the on-the-water action as it unfolds on the live SCORETRACKER® leaderboard.

The 2021 MLF Bass Pro Tour will air on Discovery Channel beginning in July 2021 and Sportsman Channel in early 2022.

In MLF Bass Pro Tour competition, anglers are vying for valuable points in hopes of qualifying for REDCREST, the world championship of professional bass fishing. REDCREST 2021 will feature the REDCREST Expo, February 26-28, at Expo Square in Tulsa, Oklahoma – a free, family-friendly event featuring all the new products and gear in the fishing, boating and outdoor industry.

The full schedule, along with details for each event, can be found at MajorLeagueFishing.com.

A friend responded to a Facebook post I made the other day in which I stated that Leslie made two of the best shots on chukar I’ve witnessed. This is my account.

The first shot was at a single that busted wild about 25 yards above Leslie on a steep, steep basalt ball-bearing incline. She was moving the opposite direction of the bird, and by the time she moved her feet 180 degrees and swung on it (not easy when you’re side-hilling), it was at full speed and heading away fast. I was just about to yell, “Don’t shoot” when she triggered the shot and I watched the bird fall like a sack of spuds. It was probably 40 yards away when it dropped.

This was her first bird of the season, and using the new 3″ 1 oz. #6 20 gauge steel loads buffered with Angus’s ashes (FPS is probably around 1300-1350). When I asked her how she made that shot, which I definitely would have either missed or passed on, she said that she looked at the bird and swung the barrel just past it and squeezed, keeping the barrel moving. Easy peasy.

The second bird Peat pointed in the brush near the creek. A big covey (maybe 25 birds) busted at a really wide angle fairly close to her, and she picked the farthest left bird, and hit it going away just before it cleared the Hawthorn trees. Like the one before, it fell like a rock, but right in the middle of the dense vegetation. Peat had no trouble retrieving it, though.

Both birds were very large adults, super healthy looking. The second was the easier of the two shots, but what made it tough in my opinion was that so many birds busted at the same time right near her but pretty spread out. I always have a panic-hesitation response to these wide, big covey busts and usually take a flock shot and miss because I can’t pick out one bird. But her focus and patience was excellent, especially considering we haven’t practiced at all this year. These two shots were probably the 6th and 7th shots she’s fired since last January.

I’m shooting 12 gauge steel loads now, too, and pretty happy with them so far (1-1/8 oz., 2-3/4″, #6, about the same FPS as Leslie’s). I was also quite impressed with the number of birds in this spot, which was a first for us, in Oregon. I followed her with the camera and had a great time watching Peat hunt for her.

Your average Florida Man story is pretty bizarre; seems his influence has washed over international elements through the exotic pet trade. From FWC: “Earlier this year, Florida Fish and Wildlife Conservation Commission (FWC) officers made the first arrests in a series, which now totals seven suspects and 25 felony charges with additional arrests forthcoming. This group of suspects have been charged with Racketeering, Money Laundering, Scheming to Defraud and other organized criminal laws involving an elaborate organized enterprise to smuggle… Read More »
Good Hunt

Dunstan Chestnut and Mulberry trees have arrived in selected Walmart Stores now in the following states:  Alabama Florida Georgia Mississippi Texas Expected arrival in Walmart stores between October 19 – October 26. Click Here for the list upcoming shipment to Rural King stores. Arrival times may vary, Please Call your store to see if they have arrived. This is a one-time […]

The post Chestnut Hill Outdoors: Our Trees are on their way to Walmart! appeared first on HuntingInsider.