I am very concerned about the direction the “Hunting Industry” is heading. Aside from the Hunter on Hunter hate that runs rampid in social media, there is heavy competition and a general lack of comradery in today’s hunting culture. As a result, the non-hunting community portrays us as toothless hillbillies running around the woods shooting anything we see, or blood-thirsty savages only concerned with the kill and the trophy.

The media doesn’t help us at all; we get lumped in with crazed shooters and terrorists. The positive conservation work we do is never showcased; instead, only the negative. Even Disney movies teach our kids that hunters are bad. In every cartoon movie going back to Bambi, hunters are the bad guy. We have an almost impossible battle to fight. Unless you were brought up around hunting, it is societally ingrained that hunting and hunters are evil.  The only way that viewpoint is going to change is to focus on the youth and pray that future generations teach their kids the truth about hunting.

Right now, we don’t have a big enough voice. There is not one person in hunting or one platform big enough to reach non-hunters to try and sway the perception of what we do. Think about all the biggest names in hunting– almost none of them transcend hunting at all. It is up to all of us to recruit new hunters and to introduce our non-hunting friends, work colleagues and acquaintances to the positives of hunting and show them the respect we have for the animals we hunt. We must educate them on benefits of hunting that they can comprehend such as stewardship, conservation, and conservation funding. Because it is unlikely that you will be able to portray your passion for hunting in a manner that they will comprehend unless you are very persuasive and good with words.

Remember, anti-hunting groups have the most powerful tool working for them: negativity. People love to listen to the negative, the slander, and the distasteful. Think about everything you see on media today… Admit it, when you watch the news at night you are more likely to pay attention to the breaking news of some guy shooting up a convenience store than the piece on Grandma Lou who just had her 100th birthday. We don’t fight on the same playing field as they do, and our team is smaller, and we have fewer star players. They fight their battles in the public eye with big name celebs; we fight ours behind the scenes. Our fight is more noble, but nowhere near as effective.

We live with an unfortunate truth: the only reason hunting still exists is because of greed… Hunting is too big of an industry for the government to let it go away, otherwise we would have lost the war a long time ago. The popularity over Bambi would have prevailed over common sense. And since money is what makes the world go round, the government lets us have hunting. But let’s not take that for granted! If you want hunting to continue as we know it, stay involved, keep recruiting the youngsters and anyone you can because that is what saves us…

A little background on the current state of Hunting:

Hunter Recruitment and Retention has been on a steady decline since the 1980’s: we’ve seen a decline of over 70% of licensed hunters since then. The current generation would rather engage in other activities than spend time in the outdoors hunting and fishing, experts project that with the steady decline and the eve-increasing opposition from anti-hunting groups hunting specifically will be very limited in this country for our great grand kids. Some say hunting as we know it will be gone by 2050. I, for one, am extremely grateful our forefathers took the time and effort to pave the way and to afford us the opportunities we have today, and I don’t want to (for lack of better terminology) “crap” on their hard work and devotion.

The State of Hunting:

Participation in hunting has been generally declining since the 1980’s. The latest certified license data from the U.S. Fish and Wildlife Service suggest that there are approximately 13.7 million hunters (4.09% of the U.S. population).  This is a significant decline in hunter participation from 1980, when there were 16.2 million license holders (7.1% of the U.S. population).  If the downward participation trend continues, it will result in diminished capacity of our state fish and wildlife agencies to conserve species cherished by both hunters and all other outdoor enthusiasts.

Hunting license sales produce essential funding each year for wildlife conservation and habitat restoration; without hunting participation the funding goes away. Excise taxes on hunting equipment generates millions for conservation each year. Moreover, our voice as a group gets quieter and quieter while the anti-groups get louder and louder. The one light at the end of the tunnel is that recent study showed that even though our numbers are dwindling, hunters of today are more engaged and spend more money per person than ever before making the hunting industry a revue producing juggernaut that lawmakers can’t ignore.

“Hunters have a tremendous impact on the U.S. economy, spending over $38 billion each year.  Hunting creates and supports more than 680,000 jobs and generates $5.4 billion in state and local taxes.  If you add in federal taxes paid by hunters, the number doubles to $11.8 billion.  More importantly, hunters generate a critical amount of conservation dollars through the American System of Conservation Funding by purchasing hunting licenses, tags, and permits, and by paying excise taxes on a wide array of sporting equipment, including firearms, ammunition, archery equipment, and other hunting-related expenditures.  In total, monies paid by sportsmen and women provide 80% of the funding for state fish and wildlife agencies, the primary managers of our nation’s fish and wildlife resources.”

Why We Need to be Unified: 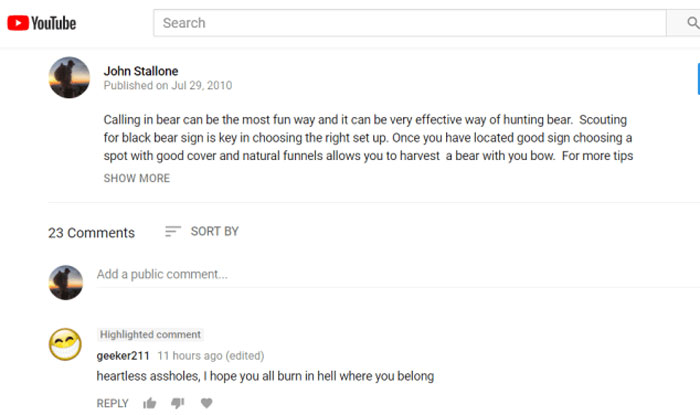 When I see someone posting something distasteful, or post content that will create ill feeling towards hunters from non-hunters, I send them a direct message and let them know that they may want to rethink posting that content because it puts hunters in a bad position. I do my best not to engage in stupid debates, or get heated over social media about ignorant comments etc. I do my best. Tt doesn’t always work, and I can’t always contain my anger when I get personally attacked, but it’s in all our best interest to not engage in this type of activity. We need to try out best. Publically commenting on someone’s distasteful post isn’t helping us at all. Tt does, however, make the Facebook algorithm think the post is popular, causing the post to appear in more peoples’ news feeds, and eventually in the feed of an anti-hunter. Publically pointing out someone shortcomings or poking fun at fellow hunters doesn’t show a unified group and it doesn’t make for an environment that new hunters want to engage in. 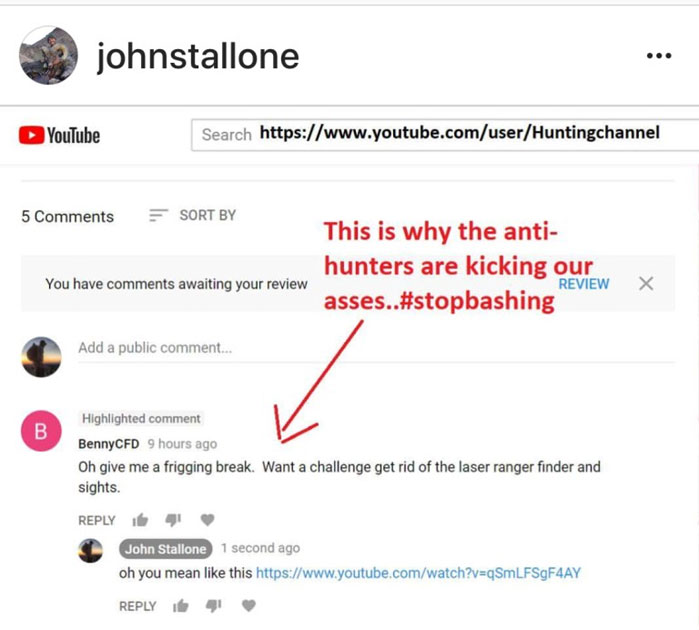 I would like to start an initiative to right this ship, stop fighting amongst ourselves, and most importantly, work on hunter recruitment. Hunter Recruitment and Retention is an important issue for anyone concerned about wildlife management, conservation and the future of our hunting heritage.

If 5% of us were able to bring on one new hunter a year, in 5 years we would reach hunter participation numbers we once had in the 1980’s. I challenge every hunter to recruit one at least one hunter into hunting each year, work with and foster their new interest. Help them learn to shoot, take their first animal, prep it, cook it, and enjoy it with their families. Then help them go hunt again.

I challenge those TV shows, Podcast Hosts, Bloggers, and influencers to push the #hunterup initiative. I also challenge everyone year-round to not engage in hunter on hunter hate or arguments in public forums. If you feel  strongly about a situation, respect your fellow hunter enough to contact that person directly in a private message. Take it off social media, show the world the strong unified, front of hunting.

I can already hear the whining… I know a lot of you are thinking to yourselves “I don’t want more competition in the woods”, “I already have a hard time finding a place to hunt, why do I want more people?” Sometimes it’s hard to see past our own wants and immediate needs and see the big picture. But I promise you, we will lose hunting rights and privileges if we fail to see the bigger picture. Or think about it like this, if you introduce a child into hunting, by the time he/she is an adult, it’s more than likely they won’t be direct competition for you anyway.

In the video below we discuss the benefits of taking a non-hunter and introducing them to hunting.

The inaugural launch of this initiative will be July first 2018 and each year in July we will have Hunter recruitment month with participants posting their pics and videos of their new hunting buddies with the hashtag #hunterup.