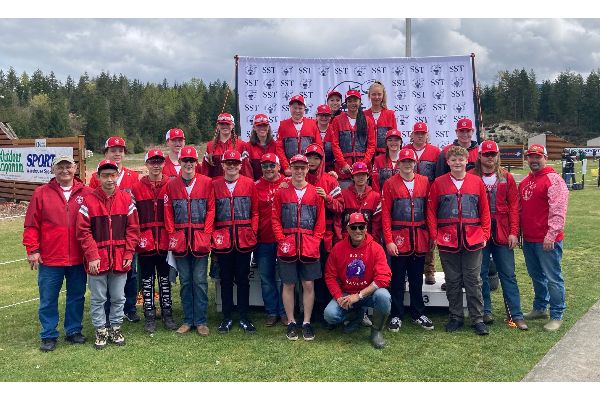 In the highly competitive world of youth-organized activities, thousands of athletes across the United States are turning to the shooting sports. At the high school level, the shooting sports are considered the fastest-growing activity, with an increase in teams, coaches, athletes and events.

The SST Ravens, a youth shooting sports team based near Seattle, Washington, is a group of more than 20 youth athletes who consider the shooting sports a part of their daily lives. Their story is captured in a newly released film, “Ink in the Sky,” presented by Shoot United.

The film provides a glimpse into the lives of the young men and women from the SST Ravens during their state tournament competition. More importantly, it captures the positive messages of the shooting sports. It’s time spent with friends and family, and it’s an exciting competitive environment with highly talented athletes.

“The shooting sports have taught me how to trust my instincts and focus on what I can control, like my breathing and the current target,” remarked Kamea Herrera, member of the SST Ravens. “Everyone on our team helps and encourages each other, including our parents and coaches. It’s cool to go to the shooting range with my dad and brother. I have been fortunate to meet so many people who share their love for the shooting sports while also improving my skills.”

Each year, more than 60 million adults participate in the shooting sports. It is one of the most popular recreational activities in the country, drawing millions of participants from metropolitan areas and with various degrees of firearms experience.

“The shooting sports are extremely inclusive, with more and more people with very diverse backgrounds joining the community,” said Jason Gilbertson, director of marketing for Shoot United. “The SST Ravens is a team built with parents, coaches and athletes coming together, working hard and growing together as a team. The shooting sports can offer just as much as any other sport out there today, and it’s easier to get started than most people think.”

There are many resources and organizations that can help people new to the shooting sports. To make the shooting sports a part of your life and get involved with Shoot United, join us at ShootUnited.com, on Instagram, Facebook, YouTube or Twitter. You can also learn more about shooting ranges near you by visiting Where to Shoot | Shoot United.

Shoot United: Committed to Safe, Legal and Responsible Firearm Use

Shoot United is committed to safe, legal and responsible firearm use. Shoot United supports key groups like the National Shooting Sports Foundation on a variety of topics important to our industry including training and education, and specific programs such as Gun Owners Care and Project ChildSafe. Shoot United will continue to support programs, organizations and individuals that promote hunting and shooting sports activities in a positive and responsible environment. Any use of firearms by youth participants should be done under the direct supervision of a parent, guardian, or other responsible adult.

is a dynamic initiative initiative designed to promote all that’s wholesome and healthful about the shooting sports and responsible firearm ownership. It’s time spent outdoors with family and friends. It’s competition. It’s one of the most fun and safe recreational activities in the country. The mission is to drive awareness and activate new participants to the sport by sharing engaging and educational content as well as providing resources where people can learn how to participate in the shooting sports and hunting activities.

The post Ink in the Sky: The SST Ravens Shooting Team appeared first on HuntingLife.com.