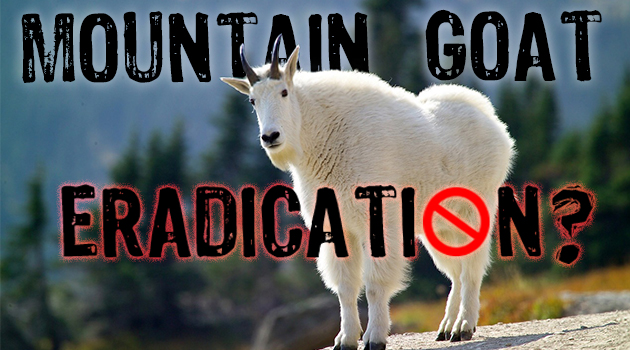 In September, 2018, Eastman’s Official Blog reported on what amounts to the largest mountain goat relocation project in American history in Washington’s Olympic National Park (“ONP”).   That project, scheduled to continue through 2020, quite possibly could result in several hundred mountain goats being eradicated if they cannot all be relocated to Washington State’s Cascade Mountains. On the heels of that announcement, officials are now considering the same fate for a growing population of mountain goats in Wyoming’s Grand Tetons based at least in part on the argument that the mountain goats may “possibly” have negative impacts on the native Teton Range bighorn sheep herd.

Public comments on all the proposals are being accepted through January 6, 2019.  At this time, the website (https://parkplanning.nps.gov/mountaingoat) for reviewing the proposals and submitting comments is not operable.  The National Park Service proposes three alternatives: 1) no action; 2) lethal and non-lethal removal of the mountain goats; and 3) lethal removal of all the mountain goats.

The formal position taken by officials is that the herd of mountain goats in the Grand Tetons possibly poses a threat to the native bighorn herds, but those same officials reluctantly admit that while the bighorn population in the area is declining they cannot identify the exact cause of why that is happening.

The Grand Tetons and Olympic National Park mountain goat issues beg some interesting questions.  Are we seeing a trend with park and wildlife officials and biologists being too quick to literally pull the trigger on one game species for the benefit of another?  If that is the case, we need to slow them down and make sure the science supports such drastic measures. Right now, there appears to be only a “possibility” that the Grand Teton herd of mountain goats is one potential cause of the declining bighorn herd.  Of more significance are the domestic animals and human encroachment on the wildlife as a whole. The Grand Teton herd is isolated because of human encroachment, which is causing the competition for resources in the first place.

And are we looking at a situation where we should act now while relocation efforts are manageable?  Or do we “wait and see”? Olympic National Park is looking at relocating 750 mountain goats in a three year span.  With the amount of information currently available given the year-to-year population counts, the Grand Teton mountain goat herd could explode in the next few years and make lethal removal almost certain.  Do we want that?

Nobody likes the thought of declining populations of any game animal, especially one as rare as bighorn sheep.  But shooting a mountain goat from a helicopter and leaving the meat to rot is not a very appealing concept, either.