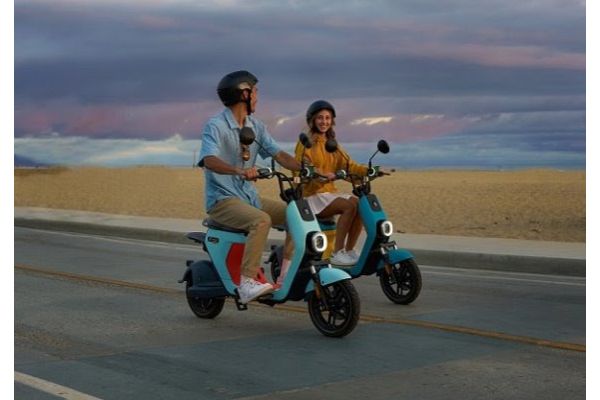 The influencers will be documenting their 1,200 mile trip along the way, with audiences being able to follow them on the campaign landing page and by following the @SegwayInc Instagram and TikTok accounts. To support their journey, Segway will host a social media campaign, sweepstakes, exclusive promotional code, and more.

The campaign is part of Segway’s continuing commitment to sustainability, and most importantly, to bring awareness to using electric vehicles as a more earth-friendly alternative to traditional vehicles.

Notably, the campaign is also a nod to the original Segway Across America 2020 featuring Graham Pollard, who finished a 4,000 mile coast-to-coast journey on the Transamerica Trail, advocating the use of electric scooters instead of cars.

Segway Across America: West Coast Edition will run from August 2nd to August 21st; more details will be disclosed at the launch of the campaign, which will take place near the Seattle Center International Fountain at 10:00am PST on August 2nd, 2021.

Segway-Ninebot is a global enterprise in the fields of intelligent short-distance transportation and service robots. In 1999, Segway was established in Bedford NH, US, which is the world leader in commercial-grade, electric, self-balancing personal transportation. Ninebot is an intelligent short-distance transportation equipment operator integrating R&D, production, sales, and service, established in Beijing, 2012. As Segway and Ninebot completed a strategic combination in 2015, Segway-Ninebot came into being. At present, the company’s businesses are all around the world and have subsidiaries in Beijing, Seattle, Bedford, Los Angeles, Amsterdam, Seoul, Singapore, Munich, Changzhou, and Tianjin, selling products in more than 80 countries and regions. With the world-renowned intellectual property, Segway-Ninebot will create more products that will lead the users and the entire industry into the future. For more information, please visit http://www.segway.com.